An anonymous reader quotes 4K.com: When the first ever of the Star Wars films, “A New Hope” turns 40 in 2017, millions of dedicated fans of the immensely popular franchise might get a very unique treat in the form of a limited theater screening in beautifully restored form with theatrical 4K resolution of the first movie released in the series. According to recent comments made by Rogue One director Gareth Edwards, a 4K restoration of Star Wars Episode IV “A New Hope” does indeed exist and now the only real question is whether or not the cleaned up and sharpened version of the movie will be hitting the big screen once again. White it’s release status is unknown, the ultra-high definition footage is said to be spectacular. In the interview, Edwards says “You can’t watch it without getting carried away… It just turns you into a child.” Read more of this story at Slashdot. 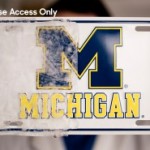