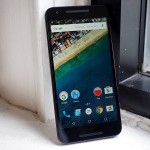 The latest version of Android just hit a big, big milestone. Google’s early June developer stats have revealed that Marshmallow is now on just over 10 percent of Android devices, representing a huge jump from just 2.3 percent in March . Notably, only some of that surge can be credited to people upgrading from Lollipop. While the not-quite-current version’s adoption did go down (to 35.4 percent), the biggest declines in usage were for Jelly Bean and KitKat. In essence: many of those moving to Marshmallow may well have been replacing devices that were 3 or more years old. The timing isn’t coincidental, as you might have gathered. In the three months since we last looked back, numerous smartphone makers have delivered Marshmallow phones in force. The Galaxy S7 is the big kahuna, but you can also point to phones like the HTC 10 , LG G5 and Sony’s newer Xperias as factors. If you bought a brand new device this spring, especially if it was reasonably high-end, it might have been hard to avoid Marshmallow. To us, the big unknown is how well Marshmallow will fare by the time its successor rolls around in a few months, around Marshmallow’s first anniversary. Lollipop took a year and a half to become the dominant Android flavor. Although Marshmallow isn’t necessarily going to repeat history, its year-one figures should give you a good idea as to whether or not it’s doing as well as its predecessor. Source: Android Developers

Visit site:
Marshmallow is now on 10 percent of Android devices