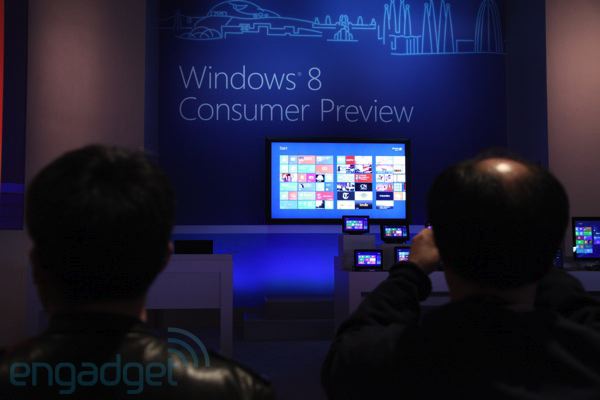 We knew good and well that Microsoft was aiming for a 2012 launch of its latest and greatest operating system, and if sources reporting to Bloomberg are accurate, it looks like we’ll have a date with Mrs. October. Purportedly, work will wrap on Win8 this summer, with PCs and tablets (!) to ship in October carrying the newfangled OS. We’re told that the initial rollout will include devices running Intel and ARM processors, and not surprisingly, this positions Microsoft to make a serious play for holiday dollars. Still wondering if it’s for you? Give the Consumer Preview a run, won’tcha?

Microsoft aiming for October 2012 release of Windows 8, tablets and PCs on deck originally appeared on Engadget on Mon, 19 Mar 2012 18:03:00 EDT. Please see our terms for use of feeds.