You remember Hover , right? If you’re one of our many, many readers born after 1995, you probably don’t. But that’s OK: we’re here to educate you, dear millennials. The game, which came installed on Windows 95 in the “Fun Stuff” folder, is making a comeback: Microsoft just came out with a web version that’s been optimized for IE11, but will work inside any current desktop browser. As ever, it’s a cross between bumper cars and Capture the Flag, with three hovercraft options, and a choice between single- and multi-player modes. What’s especially neat is that Microsoft kept all the same levels; it just brought the graphics into the WebGL era . Naturally, too, you can use either shortcuts or touch gestures. If all this sounds dandy, we suggest you hit up the source link below sometime during your lunch hour. And, not to spoil an easter-egg, but be sure to type in “bambi” when you get to the “single player” / “multi-player” page — someone at Microsoft’s got a sense of humor, we’ll say that much.%Gallery-slideshow99760% Filed under: Gaming , Internet , Microsoft Comments Source: Hover 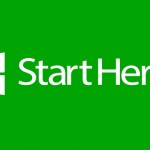 Microsoft Just Messed Up and Gave Out a Free Windows 8...