schwit1 shares a report from ScienceAlert: The brain-dwelling parasite Toxoplasma gondii is estimated to be hosted by at least 2 billion people around the world, and new evidence suggests the lodger could be more dangerous than we think. While the protozoan invader poses the greatest risk to developing fetuses infected in the womb, new research suggests the parasite could alter and amplify a range of neurological disorders, including epilepsy, Alzheimer’s, and Parkinson’s, and also cancer. “This study is a paradigm shifter, ” says one of the team, neuroscientist Dennis Steindler from Tufts University. “We now have to insert infectious disease into the equation of neurodegenerative diseases, epilepsy, and neural cancers.” The findings are part of an emerging field of research looking into how T. gondii, which is usually transmitted to humans via contact with cat faeces (or by eating uncooked meat), produces proteins that alter and manipulate the brain chemistry of their infected hosts. Read more of this story at Slashdot. 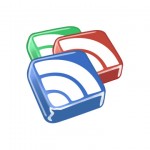