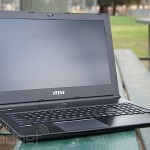 Eden’s (Plantable) Paper Takes the Cake When it Comes to Holiday...