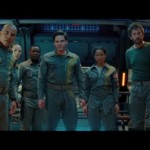 Last year Netflix’s Super Bowl ad focused on a season of Stranger Things we still had months to wait for, but this year things are different. The streaming company dropped a surprise 30-second teaser for The Cloverfield Paradox , a sequel to the 2008 monster movie that will be available for viewing worldwide tonight, after the game. As Deadline notes, the Paramount/J.J. Abrams flick had been planned for a theatrical release this weekend, but reports that dealing with Netflix made the movie “immediately profitable.” Also, on Twitter Netflix revealed a promotional deal that will send snacks directly to viewers in New York, San Francisco, LA and Chicago, in time for the movie’s debut after the game. Netflix: In the near future, a group of international astronauts on a space station are working to solve a massive energy crisis on Earth. The experimental technology aboard the station has an unexpected result, leaving the team isolated and fighting for their survival. Developing… NY, SF, LA, Chicago: since we’re doing surprises tonight, tweet back with #CloverfieldParadox 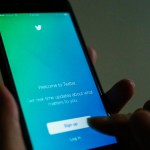