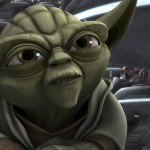 Sure, Netflix has a multi-billion dollar deal with Disney , but Star Wars content is noticeably missing from its sizeable catalog. That’s about to change, however, after the streaming giant announced it has signed an exclusive agreement to bring the final series of The Clone Wars , dubbed ” The Lost Missions , ” to all 44 million of its subscribers on March 7th. Netflix says the 13-episode season will be accompanied by all five director’s cuts of the previous five Clone Wars seasons and the feature film, making it the only subscription service to offer such content. We’ve already started to see more Disney content on Netflix, but we’ll have to wait until 2016 until we see first-run live-action and animated films come to the service. There’s no word on whether we’ll see the Star Wars feature films come to the catalog in the future — we’ll just make sure to enjoy the launch of multiple Marvel mini-series while we wait. Filed under: Home Entertainment , Internet Comments Source: Star Wars