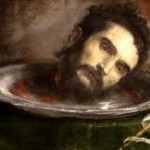 A hotel restaurant in Onitsha, Nigeria was reportedly shuttered after authorities confirmed it was selling dishes containing human meat. According to the Naija Zip , self-described as an er, “gossip news” site, police discovered two human heads on the premises along with weapons and ammunition. “I went to the hotel early this year, after eating, I was told that a lump of meat was being sold at N700, I was surprised,” a pastor who tipped off the cops was quoted as saying. “So I did not know it was human meat that I ate at such expensive price.”