New submitter ReginaldBryan45 quotes a report from Reuters: North Korea has restarted production of plutonium fuel, a senior State Department official said on Tuesday, showing that it plans to pursue its nuclear weapons program in defiance of international sanctions. The International Atomic Energy Agency (IAE) said on Monday that it had seen signs based on satellite imagery that show that the secretive country had re-activated the nuclear fuel production reactor at Yongbyon. The analysis by the IAEA pointed to “resumption of the activities of the five megawatt reactor, the expansion of centrifuge-related facility, [and] reprocessing — these are some of the examples of the areas [of activity indicated at Yongbyon].” U.S. Intelligence tried to infect the Yongbyon site with a variant of the Stuxnet malware last year but ultimately failed. Experts at the U.S.-Korea Institute at John Hopkins University’s School of Advanced International Studies in Washington predicted last year that the country’s nuclear arsenal could grow to as many as 100 bombs within five years, from an estimated 10 to 16. Naturally, this news is a cause for concern as North Korea had four (failed) test launches in the last two months. Read more of this story at Slashdot. 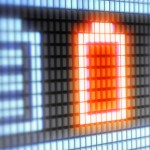 A New Pure Lithium Battery Could Double Your Phone’s Life