The Department of Health and Human Services announced on October 20 that the agency has launched a “tech surge” to make improvements to the troubled Affordable Care Act (ACA) health insurance exchange website , HealthCare.gov. The move comes as President Barack Obama reportedly prepares to speak about the site’s issues at an event today highlighting the ACA, frequently referred to as “Obamacare.” Secretary of Health and Human Services Kathleen Sebelius had previously blamed most of the problems experienced by citizens visiting the site on unexpected demand. But as problems have continued, the White House has grown increasingly frustrated with the site’s performance. An administration official told the Washington Post that the president and others in the administration “find [the problems with HealthCare.gov] unacceptable.” While HealthCare.gov is being operated almost entirely by a team of contractors, HHS is now stepping in to take an active role in resolving the site’s problems. In a blog post , an unidentified agency spokesperson wrote “Our team is bringing in some of the best and brightest from both inside and outside government to scrub in with the team and help improve HealthCare.gov.” Read 2 remaining paragraphs | Comments 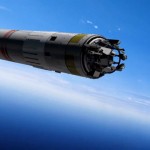