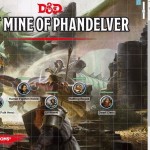 Roll20’s online tabletop gaming system has been a haven for veterans of pen-and-paper RPGs for awhile now, but for fans of the original role-playing adventure game, it just got a lot better. Wizards of the Coast is now selling officially licensed Dungeons and Dragons modules on Roll20 — starting with the fifth edition starter set adventure , ‘ The Lost Mine of Phandelver ‘. Technically, players could already use Roll20 to play Dungeons and Dragons content, just not officially. The online gaming system is designed to work with any tabletop-style RPG game — giving players digital dice, VOIP and webcam chat systems and the ability to draw maps on a shared playspace. You can play anything on it — but that usually comes with the extra hurdle of distributing materials via email and having players open them outside of the platform. Native content purchased on the Roll20 marketplace , like the new D&D module, is just a lot easier to work with. All of the character sheets, manuals, documents and high resolution maps are right there, in the ROll20 interface. The first D&D Roll20 module comes with five pre-generated characters, digital game tokens, maps and all the necessary documentation to take 4-6 players through the Lost Mine of Phandelver . At $20, it costs the same as the 5th edition Dungeons and Dragons starter pack. Additional modules will follow soon after, though they cost a little more: Storm King’s Thunder , the next officially licensed D&D Roll20 module, rings in at $50. Source: Polygon , Twitter 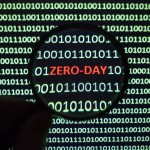 Homeland Security urges you to uninstall QuickTime on Windows