Enlarge / The René C. Davidson Courthouse, at 1225 Fallon Street, in Oakland, hosts the Alameda County Superior Court. (credit: Wally Gobetz / Flickr ) The public defender’s office in Alameda County, California, has recently appealed a local judge’s recent rejection of its demands to fix an upgraded court software. That software led to the unconstitutional and erroneous jailing of some of its clients. “These delays and errors violate Government Code § 69844 ’s express requirement that Superior Court clerks enter judicial orders ‘forthwith,’ as well as the constitutional right to a complete and accurate record on appeal and the Fourth Amendment prohibition upon unlawful arrests and illegal searches,” Charles Denton, an assistant public defender, wrote in his April 10 brief . Denton largely reprised many of the same arguments that his office made when he appeared before the Superior Court. Read 5 remaining paragraphs | Comments 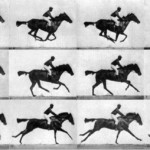