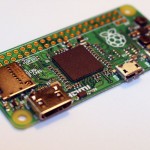 (credit: Wired) The Pi Zero—the new £4 Raspberry Pi —has sold out in under 24 hours. The Raspberry Pi Foundation says that around 20,000 individual Pi Zeroes have been sold in the last day, along with a further 10,000 copies of the MagPi  magazine which had a Pi Zero on the front. “You’d think we’d be used to it by now, but we’re always amazed by the level of interest in new Raspberry Pi products,” said Eben Upton, the founder of the foundation. “Right now it appears that we’ve sold every individual Zero we made… people are scouring the country for the last few Asda, Tesco, Sainsbury and Smiths branches that haven’t sold out [of the MagPi magazine],” Upton told Wired . Upton said they are producing more Zeroes “as fast as we can” at its factory in Pencoed, Wales, but didn’t specify when more stock would be available. Read 4 remaining paragraphs | Comments 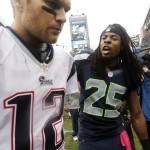 Super Bowl XLIX to be livestreamed by NBC