concealment writes with news of dissatisfaction with a pilot program for stoplight-monitoring cameras. The program ran for several years in New Jersey, and according to a new report, the number of car crashes actually increased while the cameras were present. “[The program] appears to be changing drivers’ behavior, state officials said Monday, noting an overall decline in traffic citations and right-angle crashes. The Department of Transportation also said, however, that rear-end crashes have risen by 20 percent and total crashes are up by 0.9 percent at intersections where cameras have operated for at least a year. The agency recommended the program stay in place, calling for ‘continued data collection and monitoring’ of camera-monitored intersections. The department’s report drew immediate criticism from Assemblyman Declan O’Scanlon, R-Monmouth, who wants the cameras removed. He called the program ‘a dismal failure,’ saying DOT statistics show the net costs of accidents had climbed by more than $1 million at intersections with cameras.” Other cities are considering dumping the monitoring tech as well, citing similar cost and efficacy issues. Read more of this story at Slashdot. 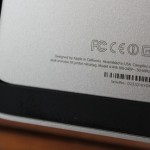