Enlarge / Hexagonal boron nitride, one of the materials used here. (credit: Wikimedia Commons ) Modern computers are, in many ways, limited by their energy consumption and cooling requirements. Some of that comes from the process of performing calculations. But often, the majority of energy use comes from simply getting data to the point where calculations are ready to be performed. Memory, storage, data transfer systems, and more all create power draws that, collectively, typically end up using more power than the processor itself. Light-based communications offers the possibility of dropping power consumption while boosting the speed of connections. In most cases, designs have focused on situations where a single external laser supplies the light, which is divided and sent to the parts of the system that need it. But a new paper in Nature Nanotechnology suggests an alternate possibility: individual light sources on the chip itself. To demonstrate this possibility, the team put together an LED just two atoms thick  and integrated it with a silicon chip. Better still, the same material can act as a photodetector, providing a way of building all the needed hardware using a single process. Atomic The work relied on two different atomically thin materials. These materials consist of a planar sheet of atoms chemically linked to each other. While their study was pioneered using graphene, a sheet of carbon atoms, they developed a variety of other materials with similar structures. The materials being used here are molybdenum ditelluride (MoTe 2 ), a semiconductor, and hexagonal boron nitride. Read 7 remaining paragraphs | Comments 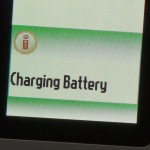