Enlarge / SpaceX launches the Air Force’s X-38B space plane in September, 2017. (credit: SpaceX) The increasingly warm relationship between the US Air Force and the rocket company SpaceX appears to be approaching full-on bromance levels. The latest words of lavish praise for SpaceX have come from Gen. John W. Raymond, commander of Air Force Space Command, which oversees launch operations for the US military and national security sectors. In an interview with Bloomberg, Raymond said the potential savings from reusable rockets like the Falcon 9 booster now being flown and reflown by SpaceX are irresistible. “The market’s going to go that way. We’d be dumb not to,” he said. “What we have to do is make sure we do it smartly.” It would be “absolutely foolish” to not begin using them, Raymond said. Before the military can fly its satellites and other payloads on a previously flown booster, the US military has to certify that SpaceX’s “flight proven” boosters are reliable enough. That process already appears to be underway. “I don’t know how far down the road we’ve gotten, but I am completely committed to launching on a reused rocket, a previously flown rocket, and making sure that we have the processes in place to be able to make sure that we can do that safely,” Raymond told Bloomberg. Read 3 remaining paragraphs | Comments

Sexy scammers entice men into stripping on webcam, then blackmail them 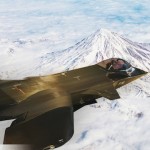 Iran Photoshopped Its New Stealth Fighter Jet to Look Like It...