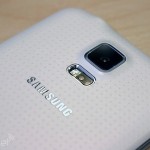 Seeing an error message on your Samsung phone, tablet or Smart TV today? You’re not alone, as the Samsung.com website appears to be down and owners worldwide have reported anything from error messages to being unable to access apps on their smart TVs. Reports have spread on Twitter, mostly from a community news site called Wikitree , that a fire at a Samsung SDS building in Gwacheon, South Korea is the culprit. We’ve contacted Samsung but haven’t heard anything back yet, and while some of its social media pages have noted the outage, there isn’t an official explanation posted. Update : Naturally now that we’ve mentioned it, the outage that lasted several hours appears to have ended around 6:15AM ET. The same users who were having problems with their smart TVs and phones seem to have full access again. A Samsung SDS blog post confirms the fire and subsequent outage, while apologizing for the inconvenience. The big question left? Why a fire at one location seemed to have such a wide ranging affect on the company’s devices and services. 오늘 ICT 과천센터 화재로 심려를 끼쳐 드려 사과드립니다. – ICT story (@ICTstory) April 20, 2014 Photo of Yonhap showing materials of Samsung SDS building is falling off because of fire, . pic.twitter.com/E1gzO9t3ff – Jaehwan Cho 조재환 (@hohocho) April 20, 2014 Samsung’s website been down for 3+ hours, and this is the global site. Things are normal, I assume? – Evan Hindra (@evanhindra) April 20, 2014 헐. 과천 삼성 SDS 건물에 불났네. 사상자가 없었으면 좋겠는데. pic.twitter.com/uwefIMgDI1 – Joshua (@shbaik82) April 20, 2014 @SamsungUK the smart hub is down. Is there really no support or information?!! – Cromerty York (@Cromerty) April 20, 2014 #Fail http://t.co/aTeVEzEaDJ is down, all ‘Smart’ devices – TV, Bluray – boned. Obv the internet is down if http://t.co/xDtqnPOYIq is down! – Ed S (@iMiMiMx) April 20, 2014 @Micko3 Hi! Thanks for reaching out. We are currently looking into this. We’ll let you know once we have the information. ^Jonah – Samsung Support USA (@SamsungSupport) April 20, 2014 Filed under: Cellphones , Home Entertainment , HD , Mobile , Samsung Comments Source: Wikitree , Samsung.com , Is It Down Right Now? , ICT Story