Saudi Arabia became the first country in the world to offer citizenship to a humanoid robot, but Brad Keywell, CEO of Uptake, a predictive analytics technology company, told FOX Business on Thursday artificial intelligence (AI) will not replace humans anytime soon. From a report: “Humans are made super-human through the intelligence that can be derived from these sensors and there is a clear argument that’s made about the possibility that there will be no humans, there’d be just autonomous everything… but this is something that has historically involved humans and I just don’t see that changing, ” he told Maria Bartiromo on “Mornings with Maria.” Uptake’s products are used in a collection of industries ranging from energy to aviation, helping “people and machines work better and faster, ” according to the company website. Read more of this story at Slashdot. 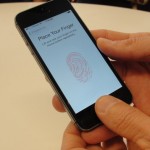