You might know where your forebears lived a few generations prior, but how about the exact village they came from — 1, 000 years ago? Thanks to DNA sequencing , it’s now possible to find that out in many cases according to researchers from the University of Sheffield in the UK. The aptly-named GPS or Geographic Population Structure tool was modeled using more than 100, 000 DNA signatures called AIMs (ancestry-informative markers). Since those are often typical to geographic regions, the researchers were able to pinpoint where subjects came from, even if they moved around later (see the video below). During a Sardinian study, for instance, a quarter of the test subject were located to their exact villages and the remainder to within 31 miles. You can even try it for yourself by getting a simple DNA test from 23andme or ancestry.com (for $100-200), then uploading the results to the GPS tool . Filed under: Misc , Alt Comments Via: Gizmag Source: The University of Sheffield , Nature , Prosapia Genetics

Link:
Scientists can trace your ancestors to within 30 miles using DNA

Hackers Vandalize Vegas Pool Party Club in ‘All Out War’ 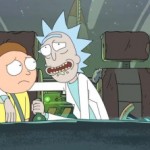 Why Rick and Morty is the perfect show for our nihilistic… 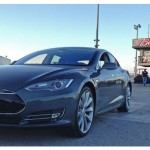