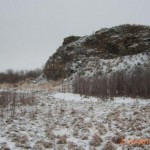 The burial mound in Montana where the skeleton was found. Texas A&M University The peopling of the Americas via the Bering Sea land bridge is one of the more confusing events in recent history. Some of the earliest signs of human occupancy are actually in Chile. After that, the first distinct toolmaking culture, the Clovis people, appeared in the interior of North America, and rapidly swept across the continent. There are also indications that a separate migration occurred down the Pacific coast, possibly associated with people who had distinctive skeletal features, while the Inuit seem to be relatively recent arrivals. The sudden appearance of the Clovis toolset has caused some people to suggest that the Clovis were a distinct migration by a passage between ice sheets directly into North America’s interior. Others have even suggested that they arrived from Europe, brought by people who crossed the ice through Greenland (an idea that’s favored by a certain Bigfoot researcher ). Now, researchers have completed the genome of an individual who was buried with Clovis tools in Montana 12,500 years ago. The results suggest that the migration into North America was more unified than some thought. Although Clovis tools are relatively common at many North American sites, they’re generally not associated with skeletal remains. And there have been no distinctive skeletal features that label remains as belonging to a distinctive Clovis ethnic group. All of which makes Montana’s Anzick site exceptional: it contains remains that were placed with Clovis tools, unambiguously tagging the skeleton as belonging to this group. Read 7 remaining paragraphs | Comments

Follow this link:
Skeleton from one of the earliest Americans yields its genome 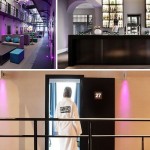