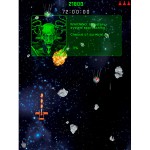 When is a game not really a game? When it’s a Trojan horse for new music from Skrillex. Play the seemingly humdrum shooter Alien Ride on Android or iOS and you’ll find that it’s actually a preview for the dubstep(-ish) artist’s first full album, Recess — you can listen to the whole LP ahead of its March 18th debut. You’ll still have to rely on other music services to get your wubwubwubs a more traditional way, but the app easily beats other run-of-the-mill attempts at building up hype. Just be prepared to endure an audio assault alongside the alien kind — we doubt that the game will sway your opinion of Skrillex if you weren’t already a fan. ) Filed under: Cellphones , Gaming , Mobile Comments Via: Stereogum , The Verge Source: App Store , Google Play , Skrillex

U.S. Army Compares New Hacker School To "The Birth Of The...