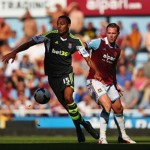 Remember how we’d heard that a British broadcaster is trialing 4K TV ? We have a hunch as to which company that is: Sky now claims that it’s the first UK TV network to have conducted a live 4K broadcast. The firm captured a weekend Premier League match in ultra high resolution using the same infrastructure it normally requires for a live show, with satellites delivering a feed to the company’s Isleworth broadcast center. Commercial service remains distant, mind you — Sky requires both more research and wider adoption of 4K TVs to justify an upgrade. If everything falls into place, though, Sky could have an advantage over rival providers that have yet to venture beyond HD. Filed under: Home Entertainment , HD Comments Source: Sky