sombragris writes: July 17 marked the 24th anniversary of Slackware Linux, the oldest GNU/Linux still in active development, being created in 1993 by Patrick Volkerding, who still serves as its BDFL. Version 14.2 was launched last year, and the development version (Slackware-current) currently offers kernel 4.9.38, gcc 7.1, glibc 2.25, mesa 17.1.5, and KDE and Xfce as official desktops, with many others available as 3rd party packages. Slackware is also among the Linux distributions which have not adopted systemd as its init system; instead, it uses a modified BSD init which is quite simple and effective. Slackware is known to be a solid, stable and fast setup, with easy defaults which is appreciated by many Linux users worldwide. Phoronix has a small writeup noting the anniversary and there’s also a nice reddit thread. Read more of this story at Slashdot. 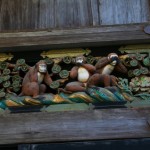 The FDA Isn’t Inspecting Food During The Government Shutdown 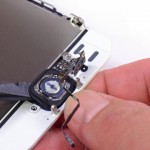 The iPhone 5S Teardown: Everything New Is on the Inside