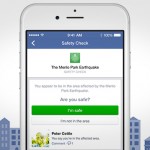 You Can Now Deposit Cash Into PayPal At Your Nearest CVS...