Google has captured lots of attention with its municipal fiber efforts in Kansas City and Austin; Amazon, say some anonymous sources, is experimenting with a networking project of its own (distinct from its Whispernet 3G content delivery service) to connect users’ devices to the internet. Rather than fiber, though, Amazon’s tests involve spectrum controlled by satellite communications company Globalstar Inc., according to sources “who asked not to be identified because the test was private. … Amazon continually tries various technologies, and it’s unclear if the wireless network testing is still taking place, said the people. The trial was in the vicinity of Amazon’s Lab126 research facilities in Cupertino, the people said. Lab126 designs and engineers Kindle devices.” Read more of this story at Slashdot. 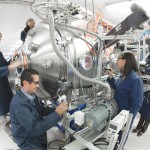 Lockheed Martin thinks it can give the world unlimited clean energy... 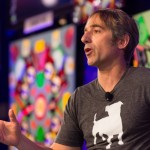 Game over for Zynga? Firm loses 25 percent of daily active...