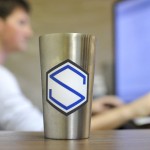 Love it or hate it, the food replacement drink Soylent isn’t going away anytime soon. The company is now planning to drive down the cost of its meals to “a fraction” of their current $3 price after banking an additional $20 million, according to investor Chris Dixon . Soylent was originally developed as an inexpensive and convenient way to consume vaguely healthy meals (it’s made up of carbohydrates, proteins, and amino acids), and it quickly gained a loyal fan base . The only problem? It tastes like chalky pancake mix (with a dash of impending dystopia). It’s also tough to get your hands on right now: You can snag around 21 meals for $70 a month (or an $85 one-time fee), but you’ll have to wait four to five months for your order. Driving the price down to under $2 a meal (and hopefully increasing availability) is exactly what Soylent needs to do for normal folks to give it a shot. While Soylent was initially hyped as an entire meal replacement, Dixon points out it’s more an alternative to terrible fast food options. He also stresses that the real value of the company is the community that’s developed around it. “If you look at Soylent as just a food company, you misjudge the core of the company, the same way you would if you looked at GoPro as just a camera company, ” Dixon said. [Photo credit: Josh Edelson/AFP/Getty Images] Filed under: Misc Comments Via: TechCrunch Source: Chris Dixon

More:
Soylent aims to make its nutritious sludge much cheaper than $3 a meal