An anonymous reader writes: On June 28th, a SpaceX Falcon 9 rocket exploded just over two minutes into its attempt to reach the International Space Station. It was a contracted mission from NASA to resupply the astronauts living there. Today, NASA associate administrator William Gerstenmaier said the price tag to taxpayers for that failed launch is $110 million. SpaceX is leading the investigation into the cause of the failure, and NASA officials faced tough questions about whether private companies should be allowed to direct investigations into their own failed launches. A similar inquiry is underway at Orbital ATK. NASA inspector general Paul Martin said his office is looking into the matter. Gerstenmaier added that NASA is thinking about making these companies take out insurance policies that would cover the cost to taxpayers in the event of another failure. Read more of this story at Slashdot. 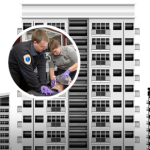