sciencehabit writes: “If you’ve ever wiggled a balloon against your hair, you know that rubbing together two different materials can generate static electricity. But rubbing bits of the same material can create static, too. Now, researchers have shot down a decades-old idea of how that same-stuff static comes about (study). ‘[The researchers] mixed grains of insulating zirconium dioxide-silicate with diameters of 251 micrometers and 326 micrometers and dropped them through a horizontal electric field, which pushed positively charged particles one way and negatively charged particles the other. They tracked tens of thousands of particles—by dropping an $85, 000 high-speed camera alongside them. Sure enough, the smaller ones tended to be charged negatively and the larger ones positively, each accumulating 2 million charges on average. Then the researchers probed whether those charges could come from electrons already trapped on the grains’ surfaces. They gently heated fresh grains to liberate the trapped electrons and let them “relax” back into less energetic states. As an electron undergoes such a transition, it emits a photon. So by counting photons, the researchers could tally the trapped electrons. “It’s pretty amazing to me that they count every electron on a particle, ” Shinbrot says. The tally showed that the beads start out with far too few trapped electrons to explain the static buildup, Jaeger says.'” Read more of this story at Slashdot. 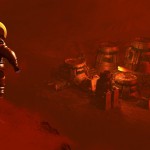 Scientists find a way to make concrete on Mars 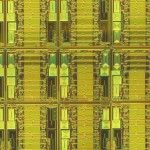