An anonymous reader writes “The Last of Us was one of the last major projects for the PlayStation 3. The code optimization done by development studio Naughty Dog was a real technical achievement — making graphics look modern and impressive on a 7-year-old piece of hardware. Now, they’re in the process of porting it to the much more capable PS4, which will end up being a technical accomplishment in its own right. Creative director Neil Druckmann said, ‘Just getting an image onscreen, even an inferior one with the shadows broken, lighting broken and with it crashing every 30 seconds that took a long time. These engineers are some of the best in the industry and they optimized the game so much for the PS3’s SPUs specifically. It was optimized on a binary level, but after shifting those things over [to PS4] you have to go back to the high level, make sure the [game] systems are intact, and optimize it again. I can’t describe how difficult a task that is. And once it’s running well, you’re running the [versions] side by side to make sure you didn’t screw something up in the process, like physics being slightly off, which throws the game off, or lighting being shifted and all of a sudden it’s a drastically different look. That’s not ‘improved’ any more; that’s different. We want to stay faithful while being better.'” Read more of this story at Slashdot.

More:
The Technical Difficulty In Porting a PS3 Game To the PS4 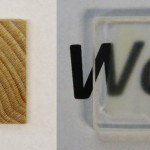 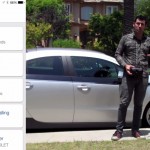