Good news for those who didn’t score an invite to the first round of Valve’s closed beta of Steam for Linux . The service is now available to anyone running Linux the latest build of Ubuntu (still no word on when the service is coming to other distros) (seems it runs on multiple different Linux builds now. Apologies). The new, wider release comes with a handy installer package , but those who are already in the closed beta can just upgrade to the latest version within Steam. Valve has also opened up a new Github repository to organize bug tracking for beta testers. That’s what you Linux people like to do, right? Find and catalog bugs? Since the closed beta launch in early November, Steam has expanded its selection of available Linux games from 24 to 39, a list still dominated by indie games. However, THQ president Jason Rubin recently tweeted that the struggling publisher was “evaluating cost/benefit” of Linux development, based on fan feedback in the wake of the company’s successful Humble Bundle experiment . Read on Ars Technica | Comments

Read this article:
Steam for Linux beta now open to the public

Download Old Versions of iOS Apps with a Clever Workaround 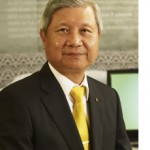 Acer CEO resigns on the back of $446 million quarterly loss