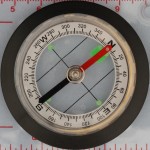 Leo Reynolds Geology rewards an active imagination. It gives us a lot of tantalizing clues about very different times and places in Earth’s history, leaving us to try to answer “Man, what would that be like? ” One of the things that’s tough to image involves changing something that most of us never give a second thought—the fact that compasses point north. That’s plainly true today , but it hasn’t always been. What we call the “north” magnetic pole—the object of your compass’ affection—doesn’t need to be located in the Arctic (it noticeably wanders  there, by the way). It feels equally at home in the Antarctic. The geologic record tells us that the north and south magnetic poles frequently trade places. In fact, the signal of this magnetic flip-flopping recorded in the seafloor was the final key to the discovery of plate tectonics, as it let us see how ocean crust forms and moves over time . That the poles flip is interesting in itself, but “Man, what would that be like? ” Does the magnetic pole slowly walk along the curve of the Earth over thousands of years, meaning your compass might have pointed to some part of the equator for long stretches of time? Do the poles weaken to nothing, disappearing for a while before re-emerging in the new configuration? Do they somehow flip in the blink of an eye? Given the number of species that use the Earth’s magnetic field to navigate—especially for seasonal migrations—this is more than an academic curiosity. Read 9 remaining paragraphs | Comments

See more here:
The north pole moved to the North Pole in a single human lifetime

Can Christmas Lights Really Play Havoc With Your Wi-Fi? 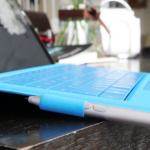 Microsoft Updates The Surface Pro 3 Ahead Of Its Release Tomorrow