jones_supa writes: Canonical released Ubuntu 15.04 a couple of weeks ago, and it seems that this release has been a success. The community is mostly reporting a nice experience, which is important since this is the first Ubuntu release that uses systemd instead of upstart. At Slashdot, people have been very nervous about systemd, and last year it was even asked to say something nice about it. To be fair, Ubuntu 15.04 hasn’t changed all that much. Some minor visual changes have been implemented, along with a couple of new features, but the operating system has remained pretty much the same. Most importantly it is stable, fast, and it lacks the usual problems accompanied by new releases. Read more of this story at Slashdot. 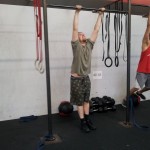