Brian Fagioli, writing for BetaNews: Ubuntu 17.04 “Zesty Zapus” is available for download. No, this is not an Alpha or Beta, but an official stable version of the Linux-based operating system. Unfortunately, the release is a bit tainted — it uses Unity as the official desktop environment, which Canonical has announced will be killed. Not to mention, there has been some controversy regarding some comments by Ubuntu founder Mark Shuttleworth. Just yesterday, the CEO of Canonical announced she is leaving the position. With all of the aforementioned controversy and chaos, it is understandably hard to get too excited for “Zesty Zapus, ” especially as this is not a long term support version. With that said, if you are an existing Ubuntu user that likes Unity, this is certainly a worthwhile upgrade if you are OK with the shorter support. Unity may no longer have a future, but version 7 will continue to be supported — for a while, at least. Read more of this story at Slashdot. 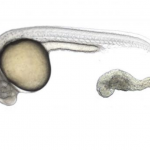