An anonymous reader writes with this announcement: “Ubuntu Linux version 14.04 LTS (code named “Trusty Tahr”) has been released and available for download. This updated version includes the Linux kernel v3.13.0-24.46, Python 3.4, Xen 4.4, Libreoffice 4.2.3, MySQL 5.6/MariaDB 5.5, Apache 2.4, PHP 5.5, improvements to AppArmor allow more fine-grained control over application, and more. The latest release of Ubuntu Server is heavily focused on supporting cloud and scale-out computing platforms such as OpenStack, Docker, and more. As part of the wider Ubuntu 14.04 release efforts the Ubuntu Touch team is proud to make the latest and greatest touch experience available to our enthusiast users and developers. You can install Ubuntu on Nexus 4 Phone (mako), Nexus 7 (2013) Tablet (flo), and Nexus 10 Tablet (manta) by following these instructions. On a hardware front, ARM multiplatform support has been added, enabling you to build a single ARM kernel image that can boot across multiple hardware platforms. Additionally, the ARM64 and Power architectures are now fully supported. See detailed release note for more information here and a quick upgrade to a newer version of Ubuntu is possible over the network.” Read more of this story at Slashdot. 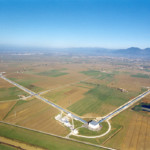