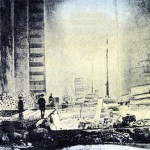 These Incredible Salt Mines Are Like Another World Beneath Our Feet