wiredmikey quotes a report from Security Week: U.S. officials are studying ways to end the use of social security numbers for identification following a series of data breaches compromising the data for millions of Americans, Rob Joyce, the White House cybersecurity coordinator, said Tuesday. Joyce told a forum at the Washington Post that officials were studying ways to use “modern cryptographic identifiers” to replace social security numbers. “I feel very strongly that the social security number has outlived its usefulness, ” Joyce said. “It’s a flawed system.” For years, social security numbers have been used by Americans to open bank accounts or establish their identity when applying for credit. But stolen social security numbers can be used by criminals to open bogus accounts or for other types of identity theft. Joyce said the administration has asked officials from several agencies to come up with ideas for “a better system” which may involve cryptography. This may involve “a public and private key” including “something that could be revoked if it has been compromised, ” Joyce added. Read more of this story at Slashdot.

See the original post:
US Studying Ways To End Use of Social Security Numbers For ID 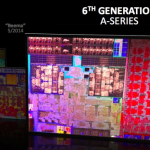