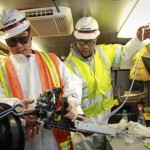 Before Google Fiber, Verizon FiOS was the speedy internet service everyone wanted in their neighborhood. The arrival of 1Gbps connections, a slowed rollout, and an ongoing battle with Netflix that’s slowing streams to a crawl has slightly dulled the cachet, but it’s still one of the fastest providers out there. Now it’s getting even faster , but Verizon isn’t boosting download speeds again — those will stay the same as customers get matching upload speeds on every plan. On the fastest tier (previously 500Mbps down / 100Mbps up), speeds will increase by 5x to 500Mbps, and most customers will see their speeds double. New customers can get the symmetrical speeds right away, and they’ll roll out to existing customers throughout the fall. To go immediately to the front of that list FiOS subscribers can sign up for the MyRewards+ customer loyalty program, which is free, and pretty much just requires inputting your birthdate. [Image credit: Mark Von Holden/AP Images for Verizon] Verizon’s Chief Marketing Officer Mike Ritter tells Engadget that the change is in response to more video devices, cloud uploading in the home, and even the oft-referenced Internet of Things. The faster uploads should reach almost everyone, but about 5 percent of customers will know the truth might not be able to get them for technical reasons. We also asked about Verizon’s deal with Netflix and when the faster performance should kick in, but just heard the same, that it’s working to create peering arrangements in the network. Filed under: Home Entertainment , Internet , HD , Verizon Comments Source: Verizon 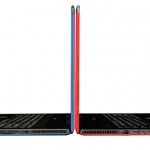 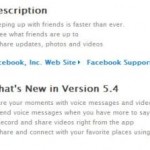