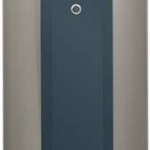 General Electric has moved some of its key appliance-manufacturing work back to the USA, re-opening “Appliance Park,” a megafactory in Louisville, KY. The company is finding it cheaper to do some manufacturing in the US relative to China, thanks to spiking oil costs, plummeting natural gas prices in the US, rising Chinese wages, falling US wages, and, most of all, the efficiencies that arise from locating workers next to managers and designers. The GeoSpring suffered from an advanced-technology version of “IKEA Syndrome.” It was so hard to assemble that no one in the big room wanted to make it. Instead they redesigned it. The team eliminated 1 out of every 5 parts. It cut the cost of the materials by 25 percent. It eliminated the tangle of tubing that couldn’t be easily welded. By considering the workers who would have to put the water heater together—in fact, by having those workers right at the table, looking at the design as it was drawn—the team cut the work hours necessary to assemble the water heater from 10 hours in China to two hours in Louisville. In the end, says Nolan, not one part was the same. So a funny thing happened to the GeoSpring on the way from the cheap Chinese factory to the expensive Kentucky factory: The material cost went down. The labor required to make it went down. The quality went up. Even the energy efficiency went up. GE wasn’t just able to hold the retail sticker to the “China price.” It beat that price by nearly 20 percent. The China-made GeoSpring retailed for $1,599. The Louisville-made GeoSpring retails for $1,299. The Insourcing Boom [The Atlantic/Charles Fishman]

See original article:
Why (some) manufacturing is returning to the USA

North Korea Has Turned Off 3G Networks For Foreign Visitors

iOS 10.2.1 is all about fixing bugs and patching security holes