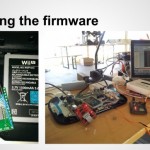 Reverse engineering the Wii U gamepad was non-trivial. libdrc The Wii U’s tablet controller isn’t moving as many consoles as Nintendo might like, but the technology itself is still interesting enough to draw the attention of the hacker community. Engadget reports that the libdrc team gave a presentation at the Chaos Communication Congress explaining how it managed to hack the Wii U’s gamepad to communicate with and stream content from a standard Linux PC. The full talk is available in video form here . The 64-slide deck describes the many, many hoops the team had to jump through to get the gamepad working—dumping the gamepad’s firmware helped the team reverse-engineer the Wi-Fi encryption system, at which point the team also needed to reverse-engineer the protocols Nintendo is using to stream video, audio, and input data. The team included a screenshot of an emulated  Final Fantasy VII  in its deck to prove that the software works and was also able to get the GameCube version of The Legend of Zelda:  Wind Waker working live onstage. While the project is, at this point, “very buggy” and “not meant for end users,” the team thinks that the project is “a good prototype that can be improved on.” The team also wants to add the ability to pair other tablets with the Wii U, to port the project to Windows and to OS X, and to make it possible to stream things to the gamepad over the Internet. It may be some time before the layperson can take advantage of the libdrc team’s work, but even as an early alpha the project is an interesting proof-of-concept. Read on Ars Technica | Comments

View article:
Wii U gamepad hacked, reverse engineered to stream from a PC 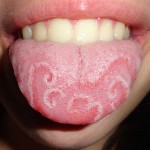