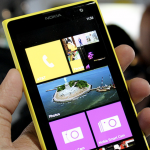 The fine folks at AdDuplex have provided Paul Thurrott with an early look at their final Windows Phone market data for 2013 , giving us in the public a final look at the key statistics of Microsoft’s smartphone platform’s OEM and device makeup. The figures are much as they have been all year, only more so. Nokia continues to control the lion’s share of Windows Phone hardware, ending the month up a few points at 92.1 percent (this is a calculation of usage share, tracked through AdDuplex’s network). And the Lumia 520 handset continues to dominate its brethren, with a new high of 39.3 percent share. And that Windows Phone 8 grew against the now-fading Windows 7.x system, with record relative market share of 78.3 percent. Windows Phone’s 2013, if you had to put it into basic trends, would be that Nokia cleaned up, and its Lumia 520 was the weapon of choice. Thurrott well describes the current low-ending of Windows Phone (bolding original): Almost no high-end phones are popular . Worldwide, only the Lumia 920 makes the top 10 list for usage among all Windows Phone handsets, and if you look just at Windows Phone 8 handsets, only two high-end devices make the list: The Lumia 920 and the 925. In the US, there are three: The Lumia 920, 928, and 1020. All the rest are new low-end devices or old devices. The Lumia 1520 phablet doesn’t appear anywhere in this report. What this means is that the sales momentum that Windows Phone has comes at the cost of per-unit revenue. Margin pressure increases at lower price points. The list of sacrifices that had to be made to produce the Lumia 520 is not small . So, as we tally what could be the final month in which Nokia rules Windows Phone, it’s important to note that rising unit volume has come at a cost. The Lumia 1020 is a hit among a subset of the technology elite, but perhaps few else. Can you build a mobile empire on predominantly low-end phones? Apple managed the opposite, so perhaps this, too, is possible.

More:
Nokia Closes Out 2013 With 92% Of The Windows Phone Market

This Was the Very First Website In the US

A Forgotten Einstein Model of the Universe Describes the Big Crunch