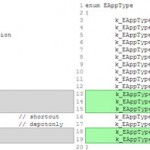 The only thing that’s better than using Steam is digging through its source code to see what’s coming in the future. On a recent trawl through the digital store’s inner workings, Twitter’s @SteamDB found the words film, tvseries and music as app types that people could, theoretically, buy. If so, then Valve might be ready to get serious about Steam’s ability to rival other digital storefronts from Google and Apple, which is logical, since Valve’s platform has around 75 million registered users . Of course, these options might be just be tweaks to existing functionality, since game soundtracks and one movie are already available on the service. Hell, it could even be an amendment to the Steam Music Beta, enabling people to binge on locally-stored content while playing — but we’d give props to the person who could enjoy DOTA 2 and Breaking Bad at the same time. [Image credit: @SteamDB] Filed under: Gaming , Internet Comments Via: IGN Source: SteamDB (Twitter)

Read the article:
Will Steam challenge iTunes and Google Play for your media-buying cash?