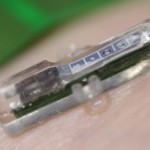 A new blood-testing subdermal sensor has been developed by a team of scientists in Switzerland. While that may not sound particularly notable, this half-inch prototype can instantly beam several health metrics to smart devices over Bluetooth , monitoring cholesterol, blood sugar levels as well as the impact of medical treatments like chemotherapy using five built-in sensors. The device has already been tested on animals and while the researchers hope to begin testing soon on patients that would typically require a lot of blood tests and monitoring, the module is still several years from a commercial release. According to the EPFL ‘s video, the sensor can even predict heart attacks several hours before they occur, sensing minute changes in the bloodstream ahead of time. We’ve ‘implanted’ the explanation after the break, but if you’re looking for some more medical-minded specifics, head to the source. Filed under: Science , Alt Comments Via: BBC Source: EPFL 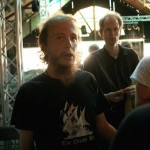