Plug just launched a Kickstarter campaign for its $69 adapter. It will transform your USB drives into a personal Dropbox for all your devices. Thanks to a deep integration in your filesystem, you won’t have to move your files to a special folder or a virtual hard drive. After launching Plug’s app, everything is transparent and you won’t have to change your workflow. Except that all your devices will now have the same files. Very much like TechCrunch Disrupt alumni Bitcasa , you can cache some folders and files on your local hard drive or stream them from Plug. The only limit in Plug’s case is the amount of storage space you have on your USB drives. Behind the scene, Plug is a small Linux-based machine that creates a VPN network. Then, if you want to access your files from your iPhone, Plug’s client will silently connect to the network and show you all your files. It looks a lot like Dropbox’s app, except that your files are stored at home and you don’t pay a subscription fee. You could say that it’s pretty similar to a network-attached storage device, but with a software trick to replace your entire filesystem. “Our innovation with Plug is a software innovation more than a hardware innovation, ” co-founder and CEO Séverin Marcombes told me. “We could have designed this system in the cloud if it weren’t so expensive and so slow, ” he continued. After launching the app, all your files will go through Plug. With a USB 2.0 connector and an Ethernet 100 port, it could be a bit slow to stream movies, especially if you have multiple drives plugged into the adapter. That’s why you can cache your files. Even though Plug claims that you can use your files just the way you used to do, this new paradigm will probably take some time before getting used to it. Marcombes compared the caching feature with Spotify’s offline playlist feature, a button that Spotify users already know well. The Kickstarter campaign just started but its goal is pretty low. At $69, 000, the Paris-based team will certainly attract a thousand backers to reach its goal. You’ll just have to wait until December before getting your hands on the device.

Link:
With Plug, Create A Personal, Subscription-Free Dropbox With Your USB Drives 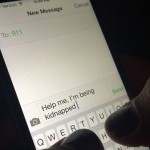 You Can Text 911 in an Emergency, Starting Tomorrow