An anonymous reader writes “Sky gazers at CU-Boulder’s Fiske Planetarium are getting better, clearer and deeper views. And not just of astronomy anymore. The planetarium has been upgraded, transforming it into a digital IMAX-like theater that’s open to the public every Saturday and Sunday with a variety of programs including shows for children. ‘Fiske’s refurbished video system projects ultra high-definition pictures at 8, 000 by 8, 000 pixels in size, giving audience members a crystal-clear 360-degree view on the dome’s 65-foot screen. “The size and quality is the equivalent of 40 Blu-ray players projecting 40 sections of one video image at once, ” said [Doug Duncan, director of Fiske]. This gallery of images shows a behind-the-scenes look at the Planetarium’s brand new 8k Fulldome projection system. ‘ In addition to space odysseys and laser shows — longtime favorites of audiences — movies are now part of the Fiske lineup. ‘Just like at an IMAX theater, we can take you near a black hole, through the Grand Canyon, under the ocean, or up to a super volcano, ‘ said Duncan. “The sky is no longer the limit.'” Read more of this story at Slashdot.

More:
A Look Inside the 8K Theater Technology At the Newly Renovated Fiske Planetarium 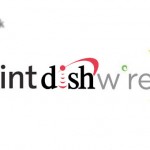