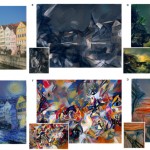 Algorithm turns any picture into the work of a famous artist

Watch a man jump off a 45-story building, thankfully wearing a... 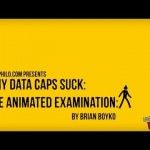