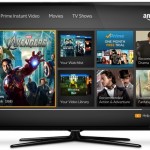 All signs point to Amazon revealing its set-top box in New York City next week , but that’s just one part of its massive media onslaught. According to a fresh report from the Wall Street Journal , the e-commerce giant will eventually launch a free, ad-supported service that’ll allow its customers to stream television shows and music videos for the low, low price of $0. The caveat? It’s all ad-supported, so be prepared to let your eyes glaze over from time to time. The big question here is how much content will be available gratis . Sources told the Journal that customers can likely access Amazon’s original series (think “Betas”), with other licensed content possibly coming down the road. Don’t expect too much crossover between whatever this is and Amazon’s existing Prime video service, though. It’s in the company’s best interest to save the good stuff for the folks who shell out $99 a year , since they wind up buying more than double what non-Prime customers do. Still, Amazon may have a killer combination on its hands. If it can nab a decent selection of licensed series and flicks and make it available on an aggressively priced streaming gewgaw, the company has a solid shot at taking the country’s living rooms by storm. Filed under: HD Comments Source: Wall Street Journal