Enlarge / Rising demand has caused Bitcoin’s transaction fees to skyrocket. (credit: Timothy B. Lee, using data from Blockchain.info) The cost to complete a Bitcoin transaction has skyrocketed in recent days. A week ago, it cost around $6 on average to get a transaction accepted by the Bitcoin network. The average fee soared to $26 on Friday and was still almost $20 on Sunday. The reason is simple: until recently, the Bitcoin network had a hard-coded 1 megabyte limit on the size of blocks on the blockchain, Bitcoin’s shared transaction ledger. With a typical transaction size of around 500 bytes, the average block had fewer than 2,000 transactions. And with a block being generated once every 10 minutes, that works out to around 3.3 transactions per second. A September upgrade called segregated witness allowed the cryptographic signatures associated with each transaction to be stored separately from the rest of the transaction. Under this scheme, the signatures no longer counted against the 1 megabyte blocksize limit, which should have roughly doubled the network’s capacity. But only a small minority of transactions have taken advantage of this option so far, so the network’s average throughput has stayed below 2,500 transactions per block—around four transactions per second. Read 7 remaining paragraphs | Comments 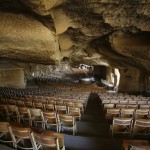 The Cave Church of Garbage City

Brains can recover some ‘lost’ memories