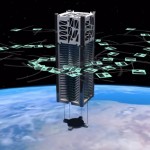 If you backed the KickSat project in hopes of getting your own tiny satellite into orbit, you’ll want to brace yourself for some bad news. The host vehicle’s master clock has unexpectedly reset while in space, pushing the mini satellites’ release back to May 16th — after the main craft is likely to burn up on reentry. It’s possible to force a deployment once the host’s uplink radio gets enough power, but that might not happen quickly enough to avoid a calamity. Project creator Zac Manchester believes that radiation was likely responsible for the glitch, and holds out hope that KickSat either stays in orbit for longer than expected or gets a burst of energy to power its radio. Even if the worst happens, though, that might not be all she wrote. Manchester vows that this “won’t be the end” — we wouldn’t rule out a future mission. Filed under: Science Comments Via: The Atlantic Source: Kickstarter 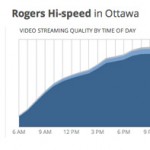 Google can now say if your internet connection is quick enough...