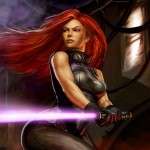 Fan favorite Mara Jade is now consigned to the Star Wars Legends non-canonical label. Derek Herring / Sony A post on Starwars.com officially confirms what fans have been hearing for the past three months: the complex and detailed future history of the Star Wars universe that has been slowly accreting since the 1990s will be completely ignored by the new trilogy of films. Per the post, ” Star Wars Episodes VII-IX will not tell the same story told in the post- Return of the Jedi Expanded Universe.” The confirmation is being met with a mixed reaction from fans over on Star Wars uber-site TheForce.net . “Thank you for wasting 20 years of my life,” said one poster . “I honestly may be done with Star Wars at this point.” “The simple truth is that canon is whatever the license holder says it is. Fans need to wrap their heads around that,” responded another . Read 5 remaining paragraphs | Comments 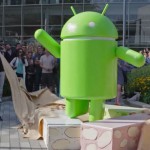